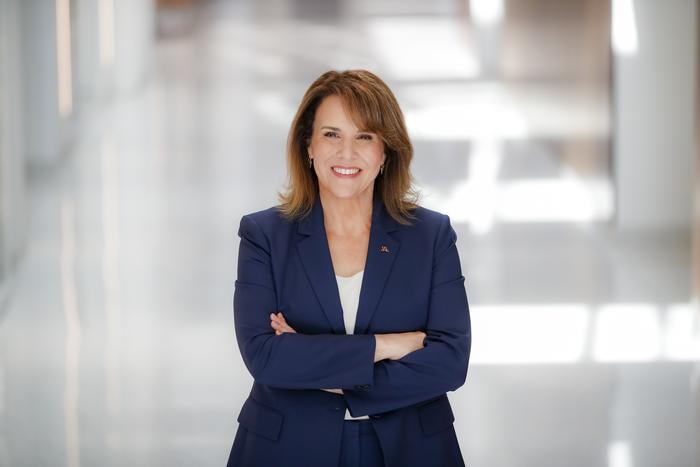 Joan T.A. Gabel is the 17th president of the University of Minnesota, where she’s led the creation and metric-driven implementation of the University’s comprehensive strategic plan, MPact 2025. The plan has resulted in record-setting annual research expenditures, as well as unmatched start-ups, patents, and private giving, including the completion of the $4 billion Driven capital campaign at 10% over goal. Transformational collaborations, such as NXT GEN MED, a ground-breaking partnership between the University, the Mayo Clinic and Google, have enhanced the University’s impact. President Gabel also drew on MPact 2025 priorities to advance PIPSM, the President’s Initiative to Prevent Sexual Misconduct and launch PRISMH, the President’s Initiative on Student Mental Health.

In Spring 2020, the COVID-19 pandemic became a key focus in President Gabel’s work. She led efforts to address the challenges of the pandemic, while reimagining opportunities for the University to advance its 170-year legacy, including areas such as next-generation health sciences education, clinical care and research, sustainability, and in establishing a new blueprint for the region's agro-food ecosystem. In the aftermath of George Floyd’s murder, she deepened the University’s commitment to diversity, equity, and inclusion. This commitment included undertaking a review of University public safety, establishing a new building naming process, creating a Voice Arts & Community Series, and renewing relationships and engagement with Minnesota’s eleven Tribal Nations.

President Gabel has prioritized partnerships across research, teaching, and community engagement. She established the University’s inaugural Innovation Corridor and Corporate Engagement Center, serves as the Vice Chair for the Council on Competitiveness and on the boards of the American Council on Education, the Association of Public and Land Grant Universities, Fulbright (CIES), Medical Alley, MBOLD, and the Minnesota Business Partnership.

Prior to joining the University of Minnesota, President Gabel was the Executive Vice President and Provost at the University of South Carolina (UofSC), where she revitalized the scholarly enterprise and launched new interdisciplinary programs, increasing enrollment and alternative revenue streams. Under her leadership, UofSC emerged as a national leader through the creation of “arenas of excellence,” which promote opportunities for students to engage in interdisciplinary study and research, and to explore pathways to career opportunities. She expanded the university’s global footprint, championed experiential learning, entrepreneurialism, service learning, and campus diversity and inclusion efforts, which included the recruitment and support of underrepresented students, faculty and staff, as well as the creation of inclusive programs and forums to measurably improve the campus climate.

President Gabel also served as Dean of the University of Missouri’s Robert J. Trulaske, Sr. College of Business, where she launched angel investing and entrepreneurship programs, as well as the innovative and nationally-recognized ExecMBA program. For these and other efforts, she was recognized as a shining star in business school administration by the Wall Street Journal.

President Gabel’s academic interests include legal and ethical issues in business and governance, including public higher education and women’s leadership and she is a Professor in the Humphrey School of Public Affairs. She served as editor in chief of the American Business Law Journal and the Journal of Legal Studies in Business, and as a board member of the Association to Advance Collegiate Schools of Business.

A sought-after national and international speaker/advisor, President Gabel's expertise and research emphasizes inclusion, leadership, risk management, ethics, and governance for industry, and federal and state government. She has been featured in The Washington Post, Wall Street Journal and Bloomberg. Gabel is the recipient of numerous research, service, and teaching awards, including as a Fulbright Scholar.

Get to Know President Gabel